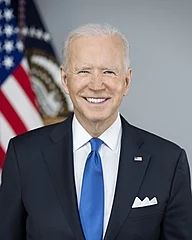 Is the President doing what he is supposed to do?

"Under Article II of the Constitution, the President is responsible for the execution and enforcement of the laws created by Congress." par 5

"Before he enter on the Execution of his Office, he shall take the following Oath or Affirmation:—"I do solemnly swear (or affirm) that I will faithfully execute the Office of President of the United States, and will to the best of my Ability, preserve, protect and defend the Constitution of the United States."" Article II section 1 clause 8

"Whoever, with the intent of interfering with, obstructing, or impeding the administration of justice, or with the intent of influencing any judge, juror, witness, or court officer, in the discharge of his duty, pickets or parades in or near a building housing a court of the United States, or in or near a building or residence occupied or used by such judge, juror, witness, or court officer, or with such intent uses any sound-truck or similar device or resorts to any other demonstration in or near any such building or residence" US Code Title 18 section 1507

Supreme Court of the United States (SCOTUS) and lower federal courts decide the US Constitution and US Law. The Constitution guarantees our rights on paper, but this would mean nothing without independent courts to protect them.

The federal courts have place certain limitations in the interest of protecting the justice system.

"The judicial Power of the United States, shall be vested in one supreme Court, and in such inferior Courts as the Congress may from time to time ordain and establish." article 3 section 1 US constitution

"The judicial Power shall extend to all Cases, in Law and Equity, arising under this Constitution, the Laws of the United States" article 3 section 2 US Constitution